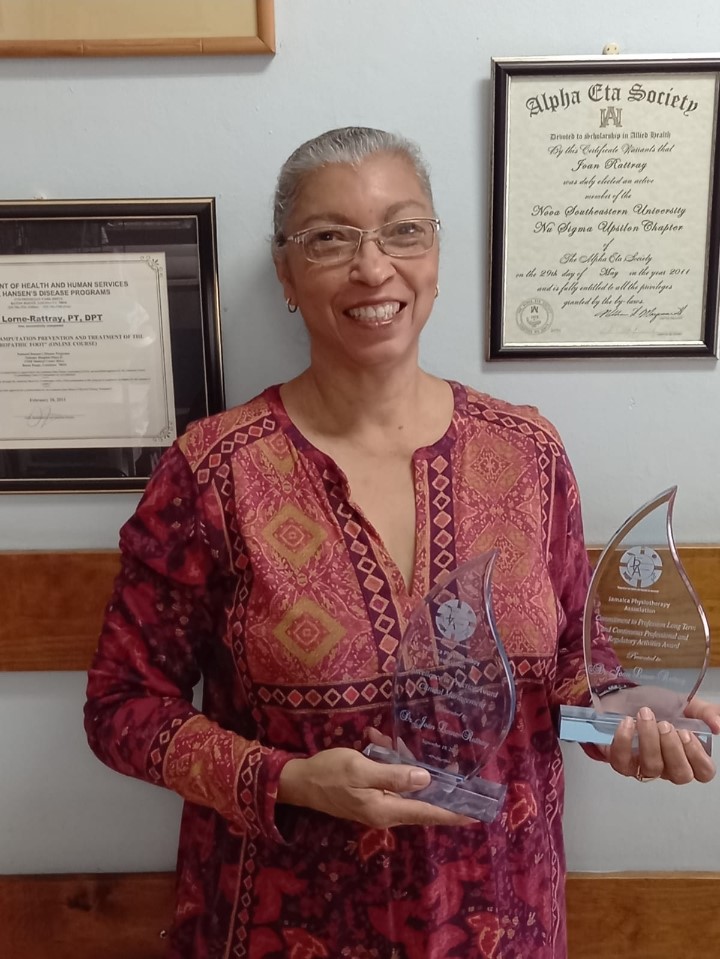 NSU Transitional DPT Class of 2009 Alumni, Joan Lorne-Rattray, PT, DPT was recognized for her clinical excellence. Joan Lorne-Rattray graduated from the University Hospital School of Physical Therapy (Jamaica), in 1979 and was employed at the University Hospital of the West Indies Physiotherapy Department. She upgraded her qualifications at the University of Alberta, Edmonton, Canada in 1984. She re-joined the staff of the University Hospital Physiotherapy Department and became Head of Department in 1985, a post she held for 5 years. While there she also taught at the School of Physical Therapy. After resigning this post, she started a private out-patient service which she still operates. From 1992 – 1994 she coordinated the Health Science Degree program at the College of Arts, Science and Technology, this motivated her to improve on her education. She enrolled in the Transitional Doctor of Physical Therapy program at Nova Southeastern University, Florida in 2006 and completed the program in January 2009. She was amongst the first alumnae to be inducted into the Alpha Eta Society, Nu Sigma Upsilon Chapter in 2011. She is a longstanding member of the Jamaica Physiotherapy Association and the Jamaica Association of Sports Medicine. In addition, she represented the Jamaica Physiotherapy Association at the Council for Professions Supplementary to Medicine (a government regulatory body). In recognition of her many years of service to the profession, mentoring of students and social activities in Physical Therapy, the Jamaica Physiotherapy Association honored her with 2 awards – Excellence in Practice – Clinical Management, and Commitment to Profession Long Term and Continuous Professional and Regulatory Activities. Congratulations Joan! We are so proud of you! 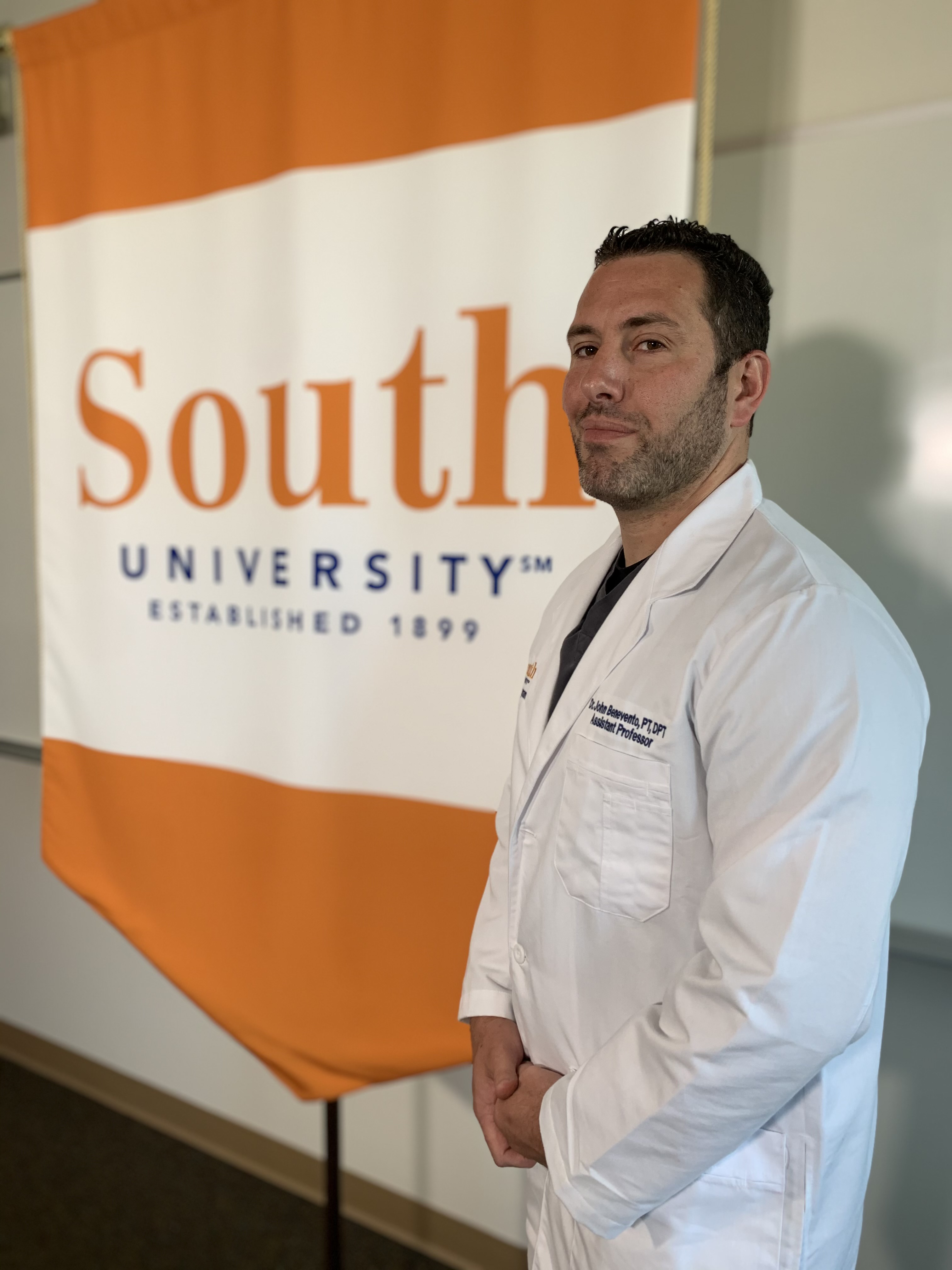 John Benevento, DPT, CSCS, Cert MDT is an assistant professor at South University’s Physical Therapist Assistant Program. Dr Benevento is a 2010 graduate from the DPT program here at NSU where he maintains a relationship serving as an adjunct faculty for numerous course including clinical anatomy, exercise physiology, and physical agents. Congratulations on your accomplishments! We are so proud of you! 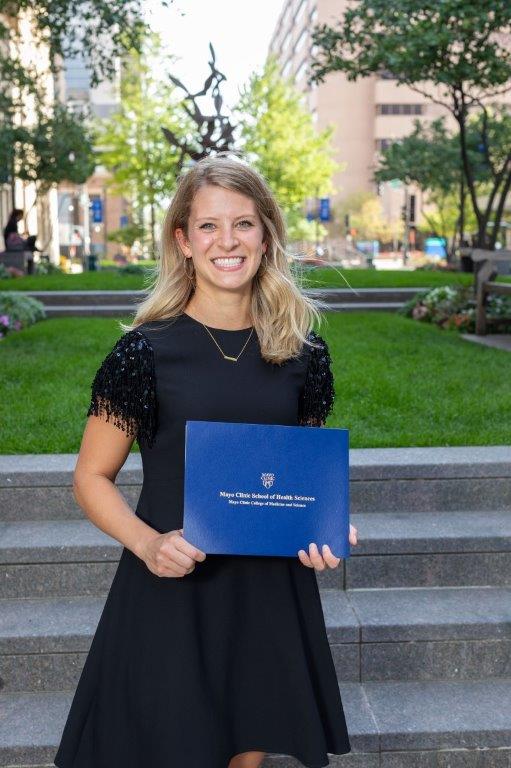 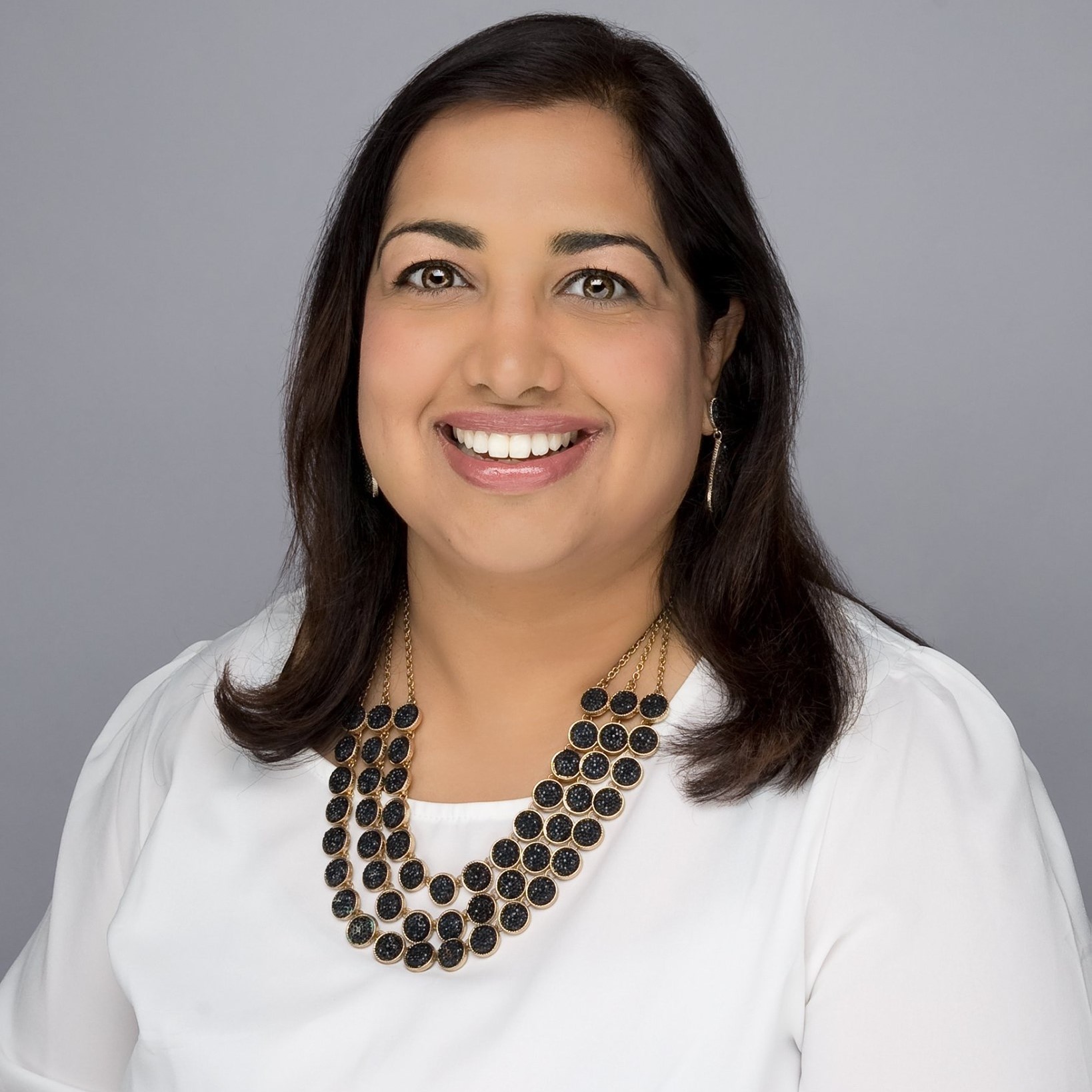 Congratulations to Archana Vatwani PT, DPT, MBA who was awarded with the National Diversity Council's 2022 Healthcare Diversity Leader Award. This award to given for creating innovative diversity initiatives that establish and foster a more inclusive and equitable work environment in the healthcare industry, demonstrates active involvement in community outreach programs, exhibits and demonstrates a commitment to the highest ethical standards and professional excellence, and demonstrates a consistent pattern of commitment to the recruitment, training, development, and retention of individuals from all populations. Visit https://ndc.nationaldiversitycouncil.org to learn more about the National Diversity Council. 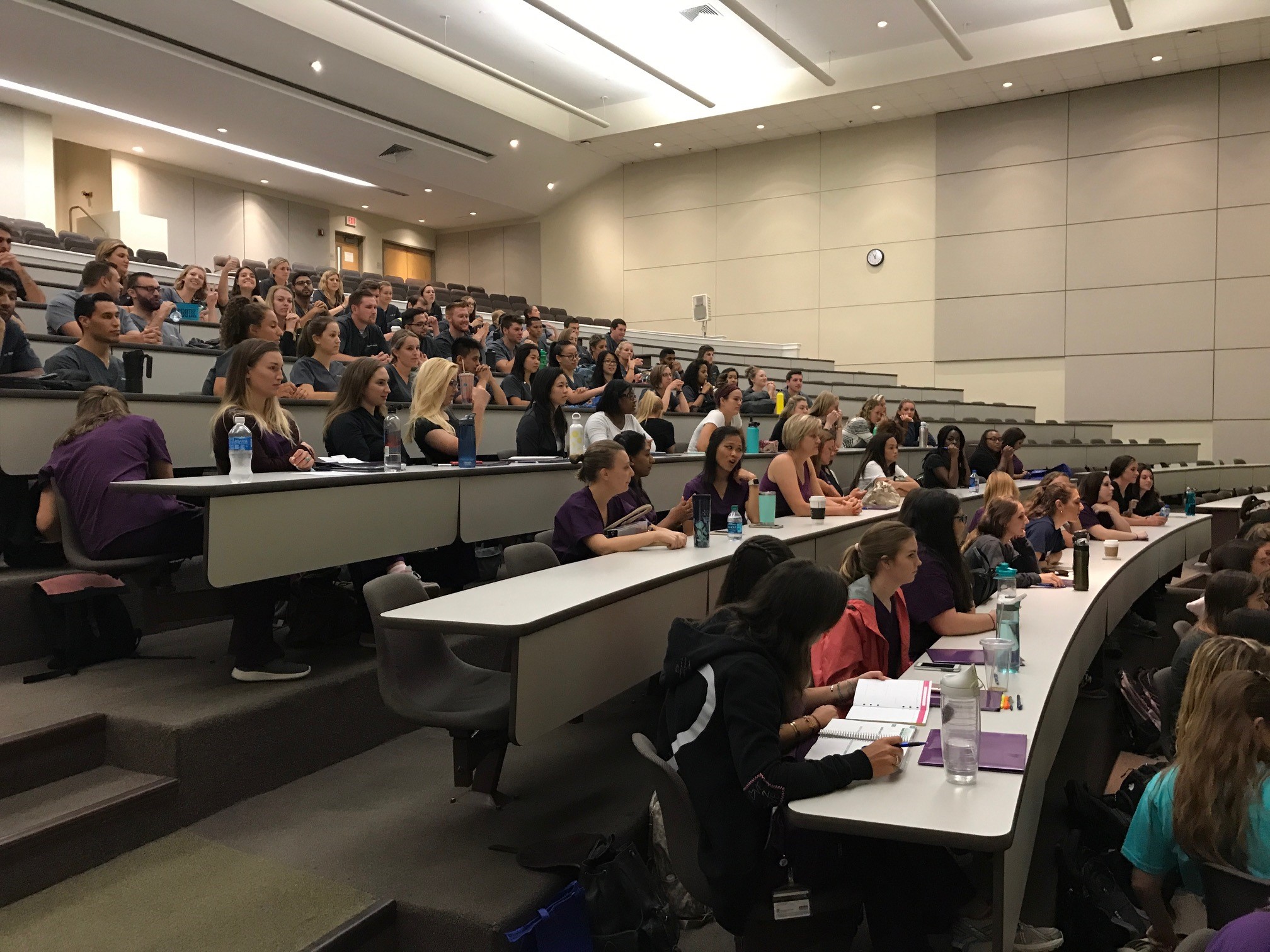 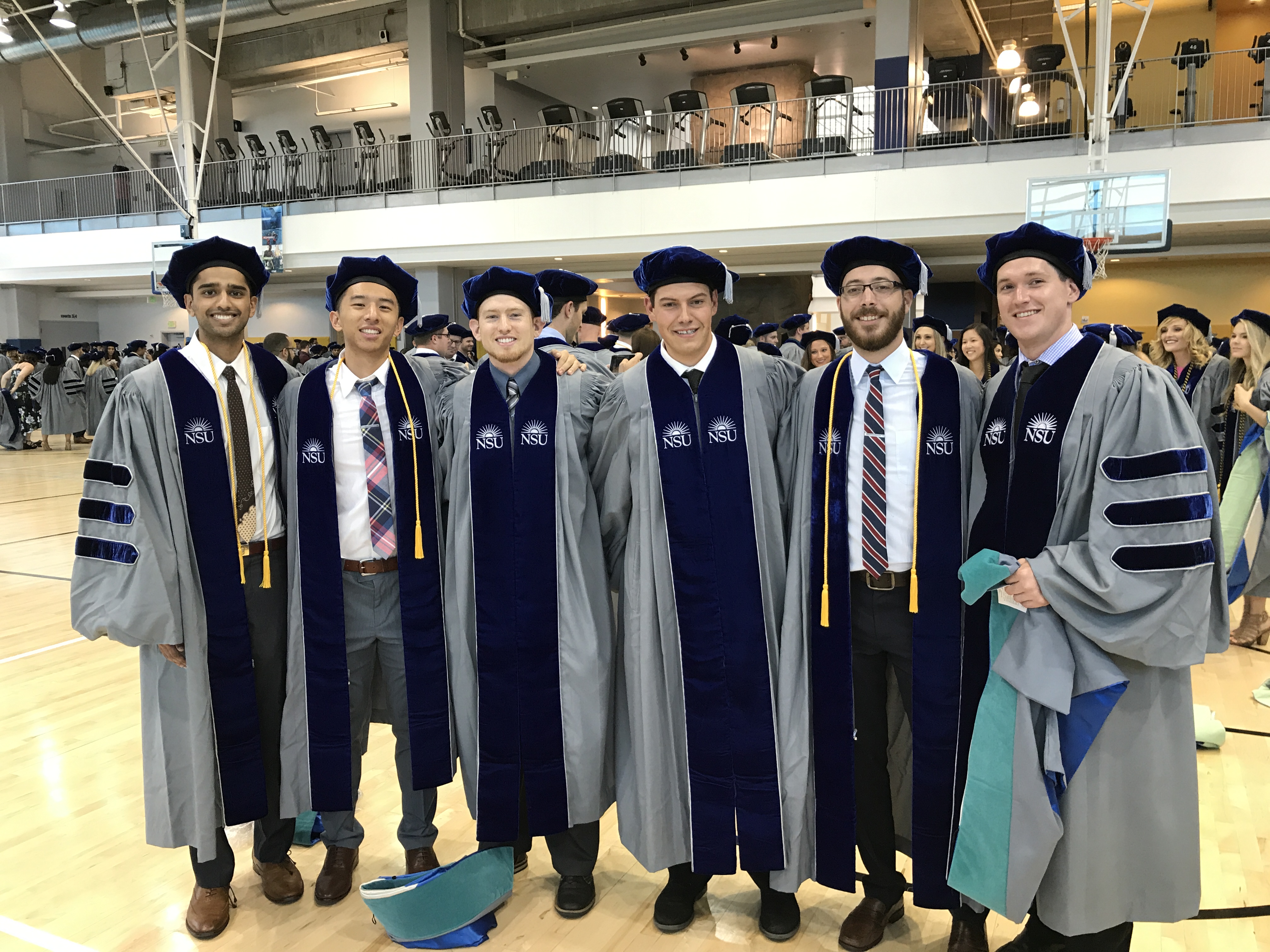 Learn more about our many PT degree programs.