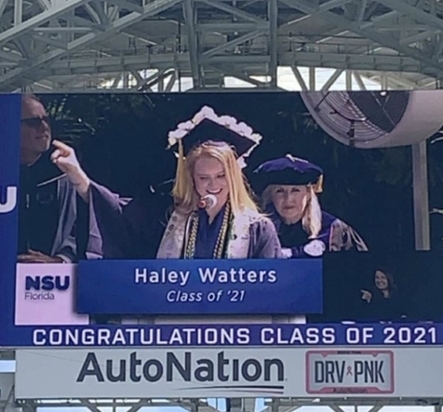 Haley was also selected to speak to her peers during Graduation, Along with these accolades, Haley presented data on one of our numerous projects.

The purpose of this investigation was to determine if four weeks of daily supplementation of creatine would affect measures of cognition in exercise-trained men.