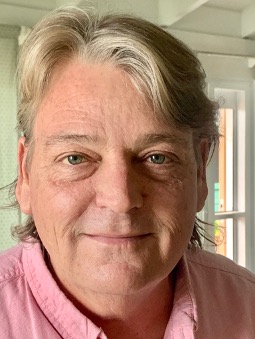 Christopher Mitchell received his B.A. in History from Lynchburg College in Virginia in 1989. In 1988, he completed an Australian-based educational specialization program in Australian Studies offered by Warnborough College of Oxford England. He was awarded a Master of Science degree in Educational Administration and Management in August 1999 from NSU. In addition, he has completed additional advanced studies in Education and Health Science.

In 1994, he joined Nova Southeastern University (NSU) and was selected to a task force responsible for the development of the NSU Master of Public Health Program and oversaw the admissions process for the Physician Assistant and Public Health Programs. In 1996 he moved into private industry where he helped in the establishment of a high-end computer technology education company.

In 1997, he was recruited to rejoin NSU to fill the positions of Executive Director for Administration for the College of Allied Health & Nursing (CAH&N) and Coordinator of the Public Health Program. CAH&N is now called the Dr. Patel Pallavi College of Health Care Sciences (PPCHCS). He was responsible to aid the Dean in the development and continued growth of the College and the Public Health as well as other programs. He was responsible for the management of the College’s financial and human resource affairs. He has participated in various Public Health projects including infectious disease testing and initiation of inter-institutional collaboration. He is experienced in field research projects and have worked on malaria and HIV detection projects in the Amazon rainforest, Cuba and other Caribbean countries. He was instrumental in the development of new degree programs within the college including the Bachelor of Health Science, Master of Medical Science (later to become MHSc), Public Health, Doctor of Health Science, Medical and Vascular Sonography, and Cardiovascular Sonography programs.

Upon the establishing of the Bachelor of Health Science Program (BHSc), in 2003, He was promoted to position of Program Director of BHSc program and Assistant Professor. When first launched, the NSU-BHSc was one of very few such programs; today many other institutions have replicated it.