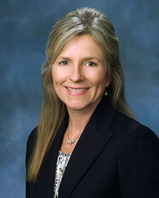 Dr. McInnis joined Nova Southeastern University in October 2013 as an Assistant Professor in the Physician Assistant Program and became the Academic Director in May 2017.

After obtaining an undergraduate degree in nursing from Florida Community College in Jacksonville, she practiced for a number of years as a registered nurse in medical-surgical and mother-baby care settings. While working as a nurse, she had an opportunity to work with a Physician Assistant and was inspired by the role they played in the healthcare team, but more importantly the difference they made in direct patient care. In 1994, she graduated from St. Louis University Physician Assistant program. After graduation, she joined a family practice office in southwest Georgia where she served the needs of a rural community for almost ten years. During that time, she obtained her Masters in Physician Assistant Studies from the University of Nebraska. She was conferred a Doctor of Health Science degree from Nova Southeastern University in 2018.

In 2004, she joined a women's health care practice to be closer to her family. While working in this practice, she completed a Master of Science in Nursing with a focus on women's health from the University of South Alabama.

These experiences and her training allowed her to transition from clinician to educator. She has had the privilege of being involved in the education of nurses for the last several years. During this time, she has been recognized by her students for her role as a teacher and her peers for her contribution in curriculum development.

A native of Florida, she enjoys spending time with her family, maintaining an active lifestyle including running, teaching fitness classes, and spending time at the beach.

Professor McInnis is devoted to the advancement of the physician assistant profession and believes it is an honor to be a part of the education for those aspiring to become a Physician Assistant.