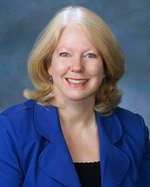 She became interested in Cardiology research while working with the Chief of Electrophysiology at the Cleveland Clinic, and collaborated on research abstracts accepted for poster presentations at national professional societies. She transferred from the Cleveland Clinic Foundation in Ohio to sunny Florida to join the Cardiology practice at Cleveland Clinic Florida in Naples in 2005. She began teaching at NSU SWFL as a guest lecturer in January 2008, and was subsequently welcomed as an Assistant Professor in July 2008. In addition to her teaching duties, she remains current with her cardiology skills working part time in a private cardiology practice. Dr. Sparker lives in Naples with her husband and 2 of their 3 children. She enjoys bicycling, the beach, gardening and caring for a menagerie of cats, dogs, goats, and chickens.