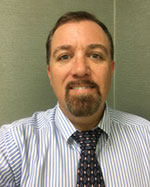 Scott Kane was born and raised in New York. After completing high school, Scott joined the U.S. Navy and attended boot camp in Great Lakes, Illinois. Upon completion of boot camp he was trained as a Hospital Corpsman. His next assignment was training to become a Surgical Technician at the Naval School of Health Sciences in San Diego, California.

During Operation Iraqi Freedom (OIF) he was deployed aboard the USS KEARSARGE (LHD 3) and the USNS Comfort (T-AH-20). After returning to Portsmouth Virginia he volunteered to deploy with the US Marines.

His first duty assignment with the US Marines was with 2nd Battalion, 2nd Marines in Camp Lejeune, North Carolina. While stationed with the US Marines he deployed with the 26th Marine Expeditionary Unit (MEU). The unit traveled all through the Middle East, Europe and Africa. He was then assigned to 2nd Assault Amphibian Battalion, 2nd Marine Division also in Camp Lejeune, North Carolina.

His Final duty station was with the Expeditionary Combat Readiness Command (ECRC) in Virginia Beach, Virginia. He completed his 20 year career and received an Honorable Discharge.

Scott completed his Masters Degree in Physician Assistant Studies from Eastern Virginia Medical School in Norfolk, Virginia. Since graduation Scott has worked in outpatient Psychiatry and completed a Certificate of Added Qualifications (CAQ) in Psychiatry by the National Commission on Certification of Physician Assistants (NCCPA). Professor Kane joined the faculty as an Assistant Professor at the Fort Myers campus in December 2017, and became Academic Director in May of 2020.