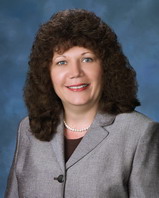 Professor Barbara Austen joined Nova Southeastern as Assistant Professor in January 2007. Professor Austen is retired United States Air Force (USAF), and had three different assignments as an instructor while she was in the USAF. She achieved the level of Master Instructor during her first assignment.

Professor Austen has worked as a Physician Assistant for over 20 years. She worked in the areas of Family Practice, Emergency Room, Primary Care, with Orthopedics, and Oncology. She attended the USAF PA School through the University of Nebraska and received a Bachelor's of Science in 1994. In 1999 she then achieved her Master's in Science in Physician Assistant Studies through the University of Nebraska and was awarded her Doctorate in Health Science through A.T. Still University.