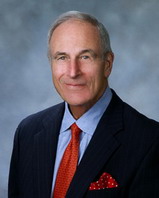 Rob Grosz originally had aspirations to become a professional basketball player. After 3 years during the early years of professional basketball in New York (1949-1950, 1953, with a couple of years in the USAF in Korea sandwiched in), a change in mind (and body) brought him into the world of TV and industrial show talent scouting.

This lasted about 7 years before the medical field became the goal of choice. During studies in the science oriented pre-med program when coming back to college, he was given an opportunity to train as a substance abuse counselor in the early 1960's. In addition, he was fortunate enough to take part in a dual NSF-NIH research grant at Adelphi University (New York). His research focused on developing a mitotic synchronization laboratory technique in preparation for treating a microbe with a known mitotic inhibitor in hope of radio-tagging the inhibition specificity (which eventually became his master's thesis)

This time period (1960-1965) was also the time when while studying and researching he was given to opportunity to teach in the Department of Graduate Biology, which would prove to be the determining event in his career. He also met his "future" wife at this time, while doing fecal slide preparations in Parasitology. At the time, Barbara was on an NSF genetics project. Life took some very definite steps during this period as he finished his master's in physiology, married, and decided to backtrack from medical school and accept a teaching position.

In 1966 he relocated to Miami where he would continue teaching and help design and establish a new medical center campus for Miami Dade Community College. With that finished he was sent "on loan" to Switzerland where he taught anatomy and physiology and established a drug counseling program.

Upon returning to Florida he resumed teaching; finished a doctorate in psychology (thesis was "Profiling the Singled, Parent Student: A Needs Assessment" which helped establish funding for a department at MDCC devoted to counseling the parent-student); and was invited to join a large private psychology practice.

During all of these years, Rob has been devoting time to coaching or teaching individual skills in organized basketball at the college and/or high school level, including the Philippine Olympic team (1952) and the Swiss national team.

His 4 basic passions have continued to be family (45 years), teaching (46 years), counseling (24 years in private practice) and organized athletics (60 years).

In 2007, Dr. Grosz was inducted into Pi Alpha, the National Honor Society for Physician Assistants, in recognition of his many years of valuable service to the profession.