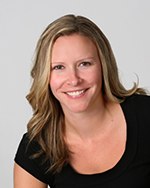 Amy Steinhour was born and raised in Illinois. After attending Seneca High School, she earned a Bachelor of Science in Psychology and Spanish from the University of Illinois at Urbana-Champaign. After obtaining her undergraduate degree in 2004 she relocated to Naples, Florida and was introduced to the medical field by her older sister April a practicing Audiologist. For several years Amy worked as a Medical Assistant in various offices around the Naples area. By chance, one of the physicians Amy worked with was lecturing at the Nova Southeastern University PA program and encouraged her to investigate the program and apply.

In 2006, Amy began her studies at Nova Southeastern University in the Physician Assistant Program then in Naples, Florida; where she received her Master of Medical Science degree. Following graduation, Amy began her career in Family Medicine for 1 year before deciding to transition to Orthopedic Surgery. For the next 3 years Dr. Kurtis Biggs of the Joint Replacement Institute in Naples, FL trained Amy extensively in the orthopedic field and provided her with comprehensive surgical first assisting experience.

While Amy and her now husband Jerry attended the same high school, they did not begin courting until many years later (although she is certain Jerry has coveted her from afar since they met). In 2012, Amy relocated to the Chicago area to be near Jerry and during her time there worked for several years as a solo provider at Physician’s Immediate Care and with several excellent ER physicians at Illinois Valley Community Hospital Emergency Department.

After a particularly harsh Chicago winter, Amy decided to return to the Florida sunshine and she joined The Extenders Group in Naples, FL in 2014. For the next year she worked as a surgical first assist floating between several specialties including orthopedics, general and vascular surgery. Amy was then offered a position at Joint Implant Surgeons of Florida with Dr. David Eichten where she was able to further expand her orthopedic knowledge in the clinical and surgical settings.

Just prior to joining NSU as a faculty member, Amy, her husband and her beloved dogs embarked on a travel journey in their RV and explored the nation. Amy was fortunate enough to work throughout their travels as a Locum Tenen provider with CompHealth in various Urgent Care settings from Wisconsin to California. Since starting at NSU she has returning to working part time for Dr. David Eichten in Orthopedic Surgery.

Amy is extremely grateful for the quality of clinical experiences she has gained up to this point in her career.  She has been encouraged by her family, educated by an amazing group of healthcare providers and supported unconditionally by her husband. As she transitions to a career in PA education her goal is to give her students the same quality of education, experiences, support and encouragement.